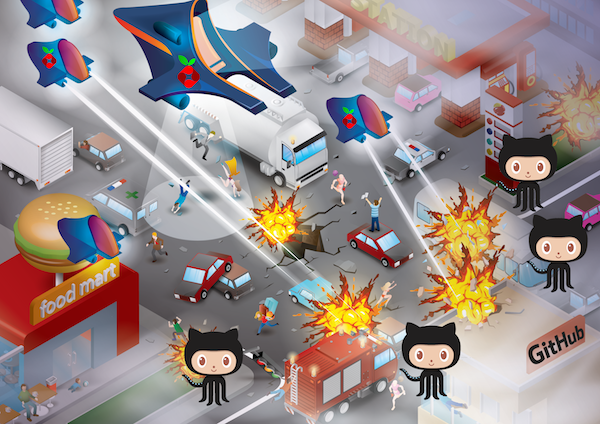 It was purely unintentional, but we did disrupt GitHub’s service not long after releasing v3.2 of Pi-hole. We received a letter from GitHub explaining that our software was querying their API too often and was disrupting their service. So we didn’t really DDoS them, but there was enough of an impact to show up on their radar.

We knew our software was checking in with GitHub, and it wasn’t meant to be aggressive. What we didn’t know was how many users were actually out there using our software and subsequently contributing to the issue. As we learned, there were enough installs out there to cause a disruption to the infrastructure of a large enterprise–something we do not plan on repeating.

The issue has already been fixed in the latest version of Pi-hole, and we now randomize the time we check for an updated version. It was interesting, however, to learn that our userbase is larger then we know.

It’s not important for us to know exactly how many users we have, but it is something we will take into consideration when developing Pi-hole so we don’t create another situation like this.