Pi-hole will remain free in both meanings of the word: free of charge and open source. We know the survey spooked many of your fears and you may have considered several worst case scenarios. We heard you loud and clear, you don’t want us to charge money for Pi-hole and we won’t.

In it’s current state, Pi-hole is free of charge and can be used to protect your privacy–a human right to which everyone is entitled. And we intend to keep it that way. At the end of this article, you will find some information on how much it costs to run Pi-hole from month-to-month; something you wanted to know based on the survey. This will be specific, including the salaries needed to allow us to develop full/part time and bring you more updates and features faster while also providing you better support. It will also include the cost of support and QA/testing, marketing, research, business development, legal, operational, etc.

The survey was a win for you even though it may have rasied some concerns; we now have a better understanding of the current and future state of Pi-hole, which will help us deliver what you want.

You’ll also find a call-to-action at the end of this blog post if you want Pi-hole to continue innovating.

Now that that’s cleared up, we had almost 2,000 users respond to our survey, so thank you to those of you who took the time to fill it out. This post will cover our commitment to you based on those results as well as the specific statistics derived from the survey.

Since we don’t know what you want unless we ask or you upvote feature requests, this survey has let us listen closer to your requests. Your responses have helped focus our sights on what you want and we’ll do our best to deliver.

Survey Results: People who are not currently using Pi-hole (3 questions)

Question 1) Potential users were asked to help the team understand where they are on their Pi-hole journey: 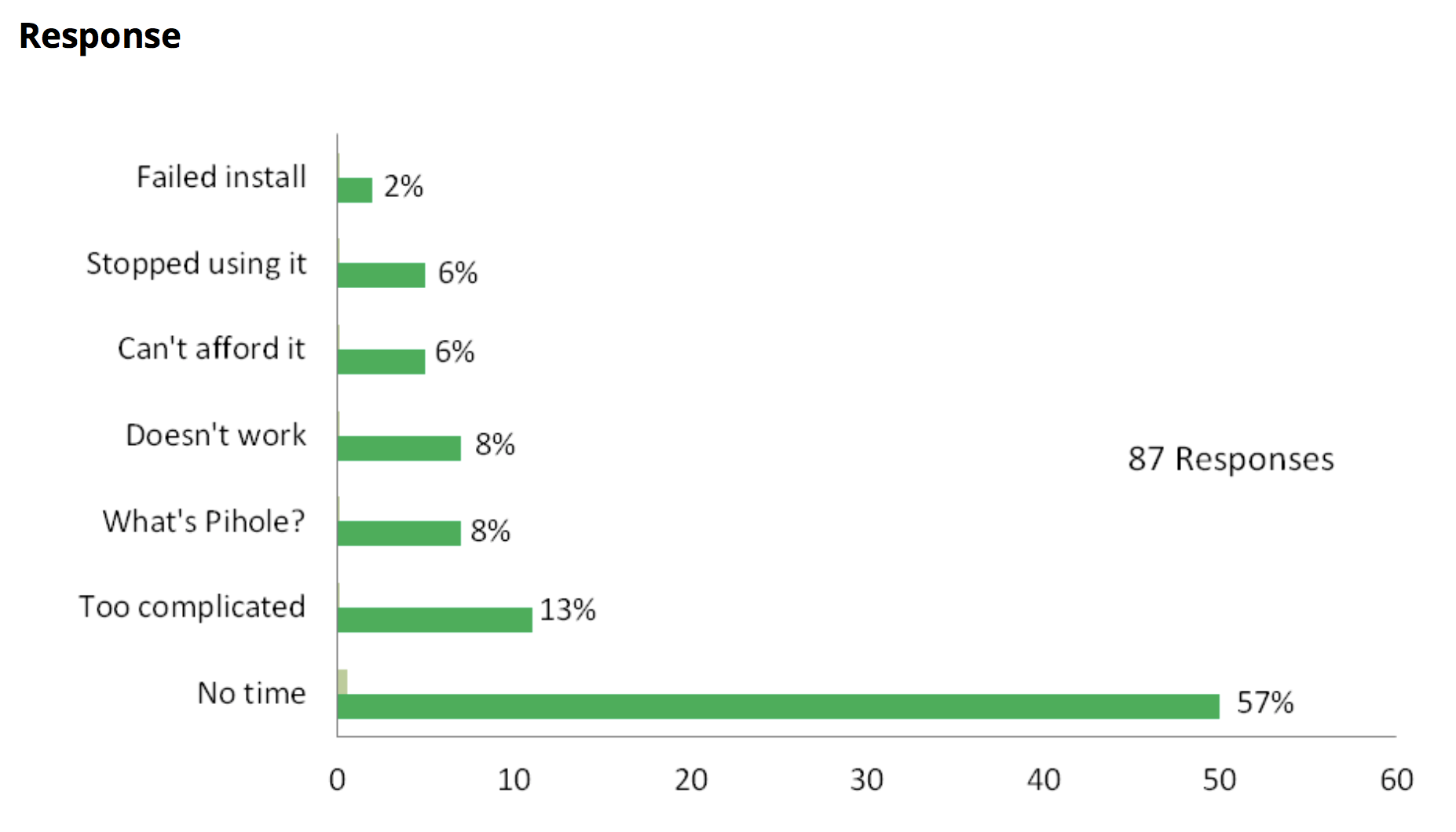 What this tells us: Roughly 3/4 of leads don’t convert to users because they believe that installation takes too long, is too complicated, or they don’t know what the product actually does.

Question 2) Potential users were asked to rank the following statements in order of importance: 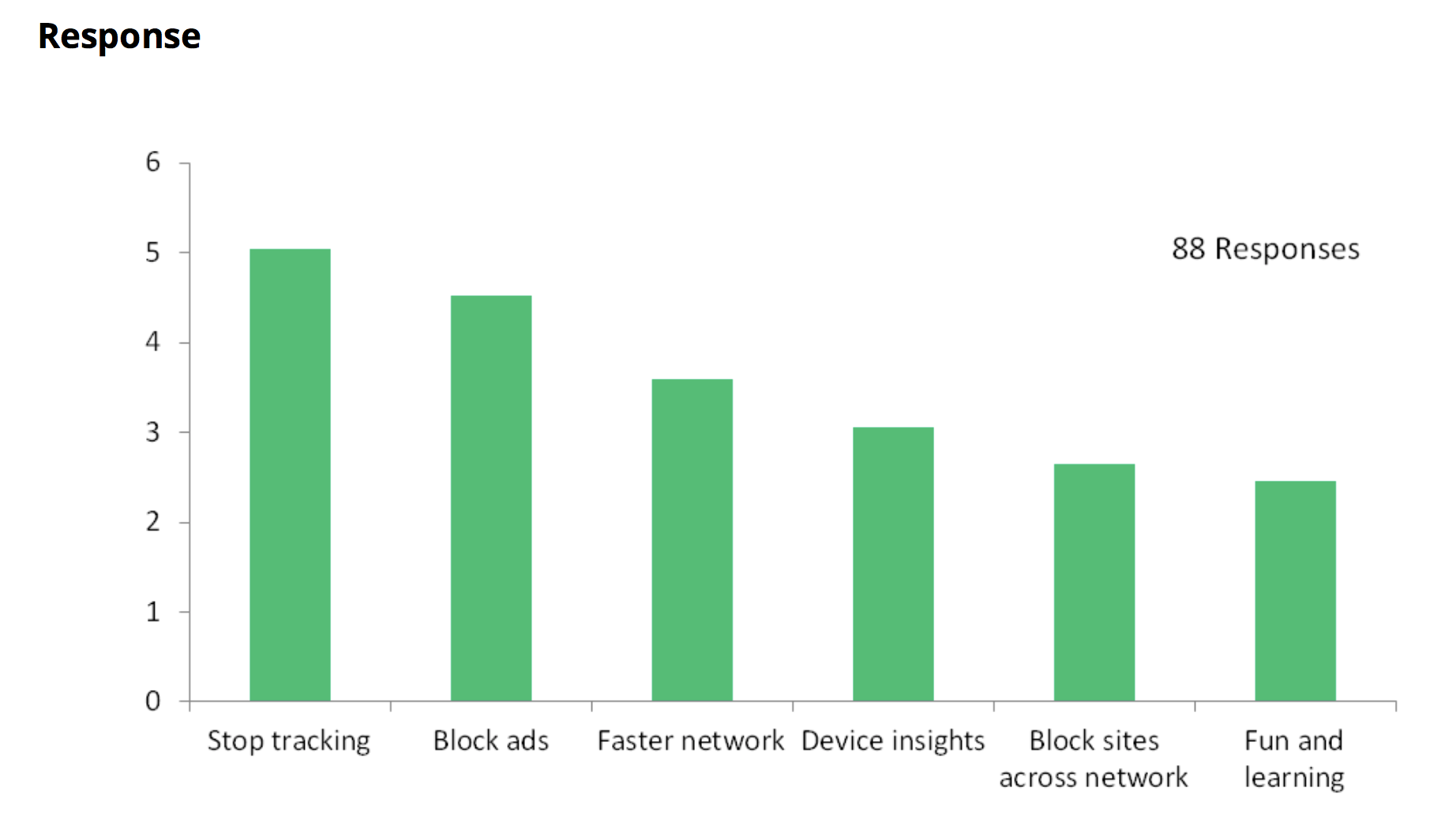 Question 3) Non-users were asked to complete the following statement, I’ll install Pi-hole just as soon as I have: 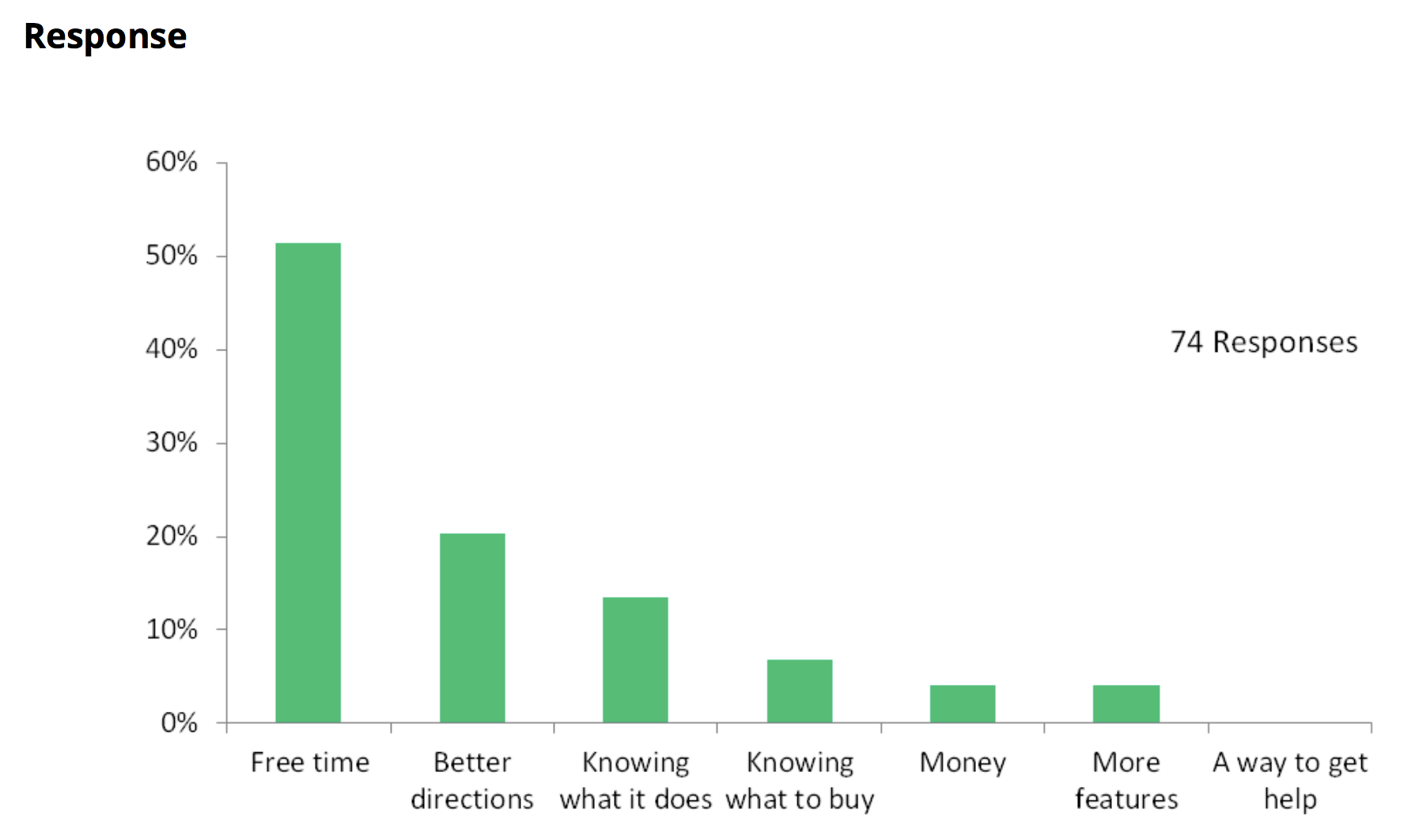 What this tells us: These results validate the hesitancy of non-users identified in the first question. There is an opportunity to convert 92% of leads into users by streamlining the installation process, providing better instructions, improving positioning/messaging, and providing advice on specific hardware to purchase. It also tells us a large percent of users did not need more support, so our documentation is mostly helpful.

Question 1) Users were asked if they purchased any hardware for this project: 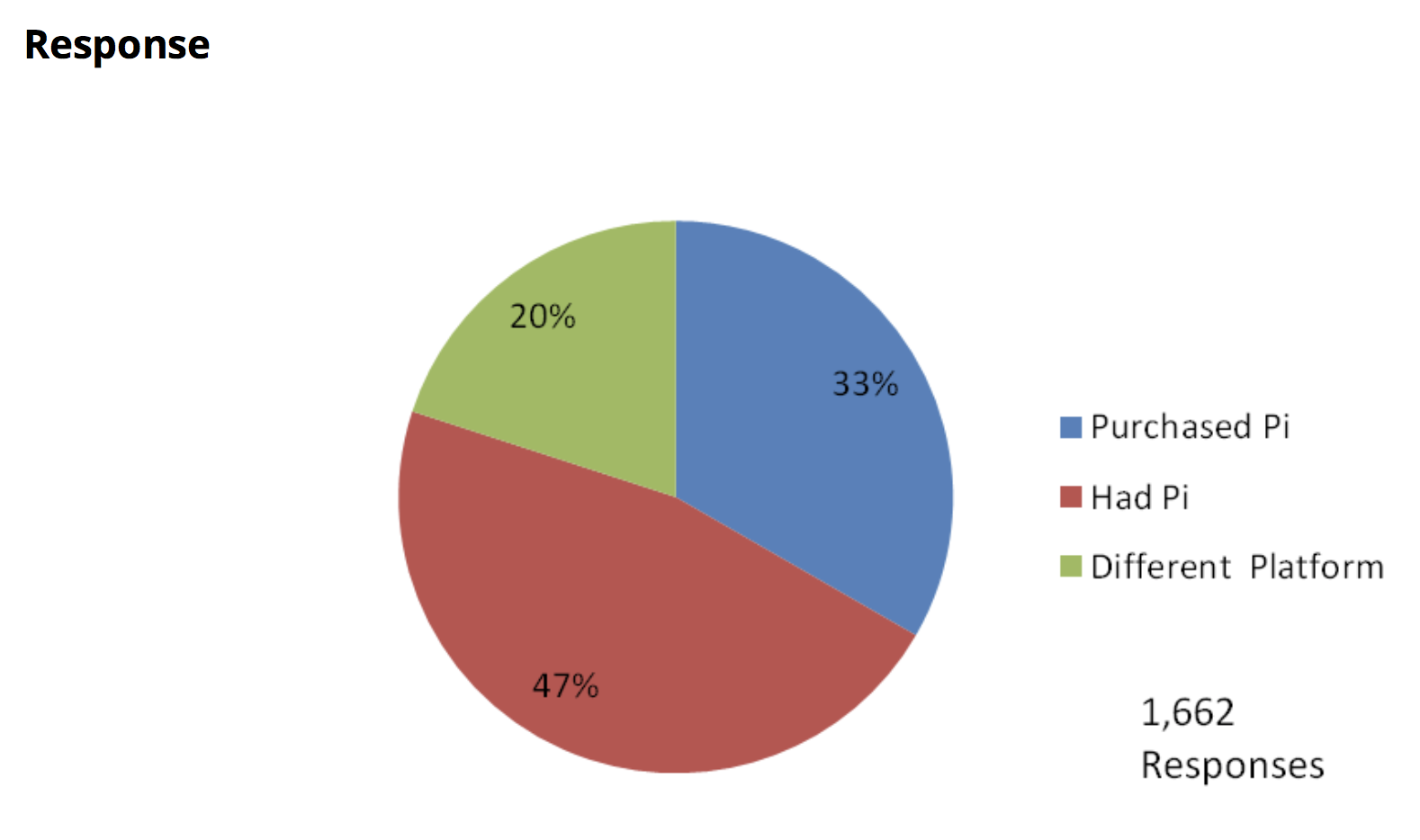 What this tells us: Nearly half (47%) of current users already owned a Raspberry-Pi prior to installing Pi-hole. This can be used when communicating with the community by lowering the perceived barrier to entry: if you already have a Raspberry Pi, it doesn’t take much to turn it into a Pi-hole.

Question 2) Users were asked to to rank the benefits of using Pi-hole with the benefit they value the most. 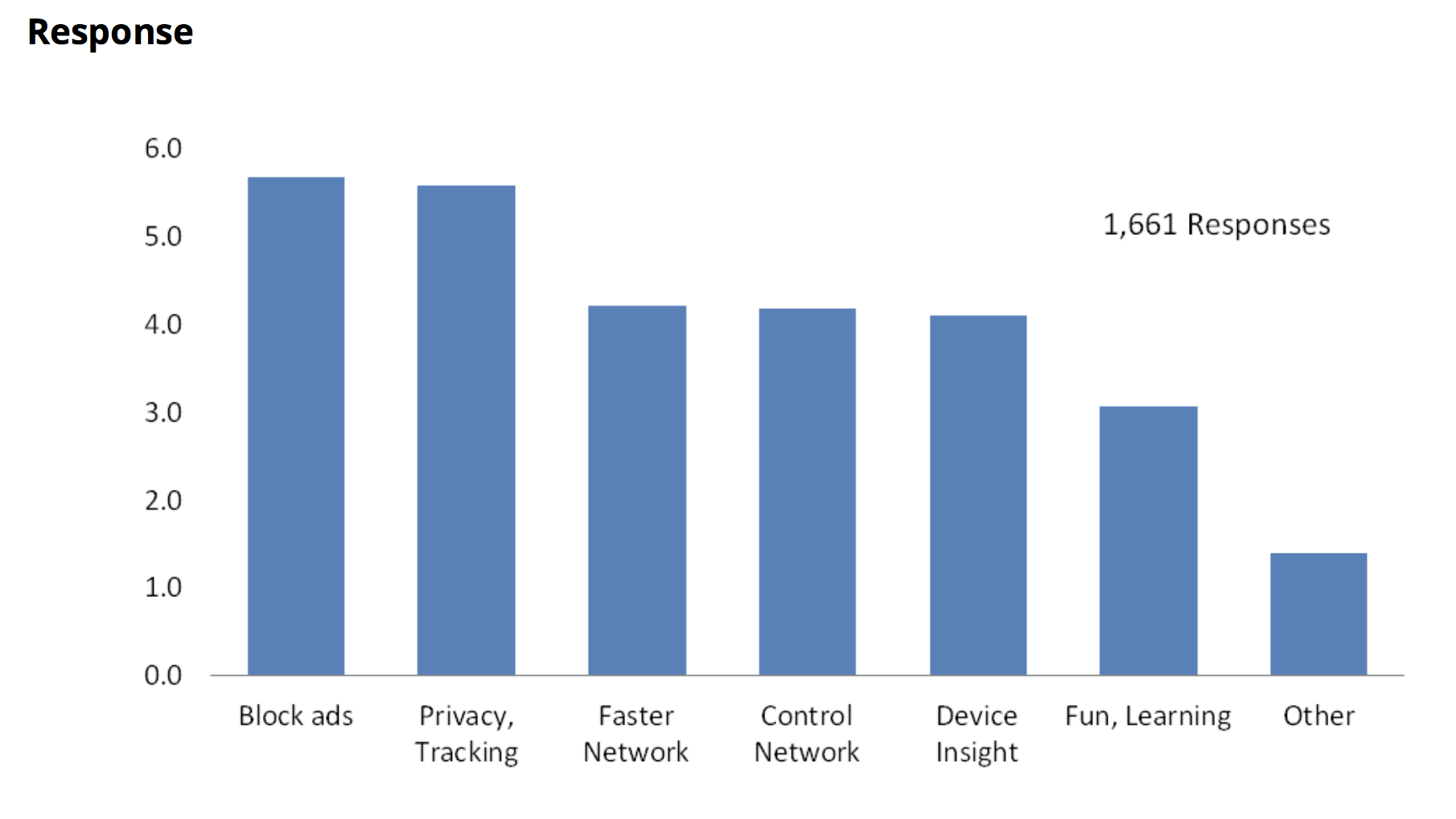 What this tells us: People like Pi-hole for blocking ads and privacy tracking. In addition, Pi-hole offers existing users a variety of similarly valued benefits. We can use this versatility to reference these benefits when communicating with the community.

Question 3) Users were asked to list any benefits not included in the previous question:

What this tells us: Many users listed benefits that were available to select as choices in the previous question, therefore, the results of question 2 and question 3 can not reliably be combined. It is worth noting that a single product is capable of eliciting such a wide variety of positive feedback. Pi-hole also has a hook to reinforce user engagement.

Question 4) Are Pi-Hole’s benefits worth paying for? 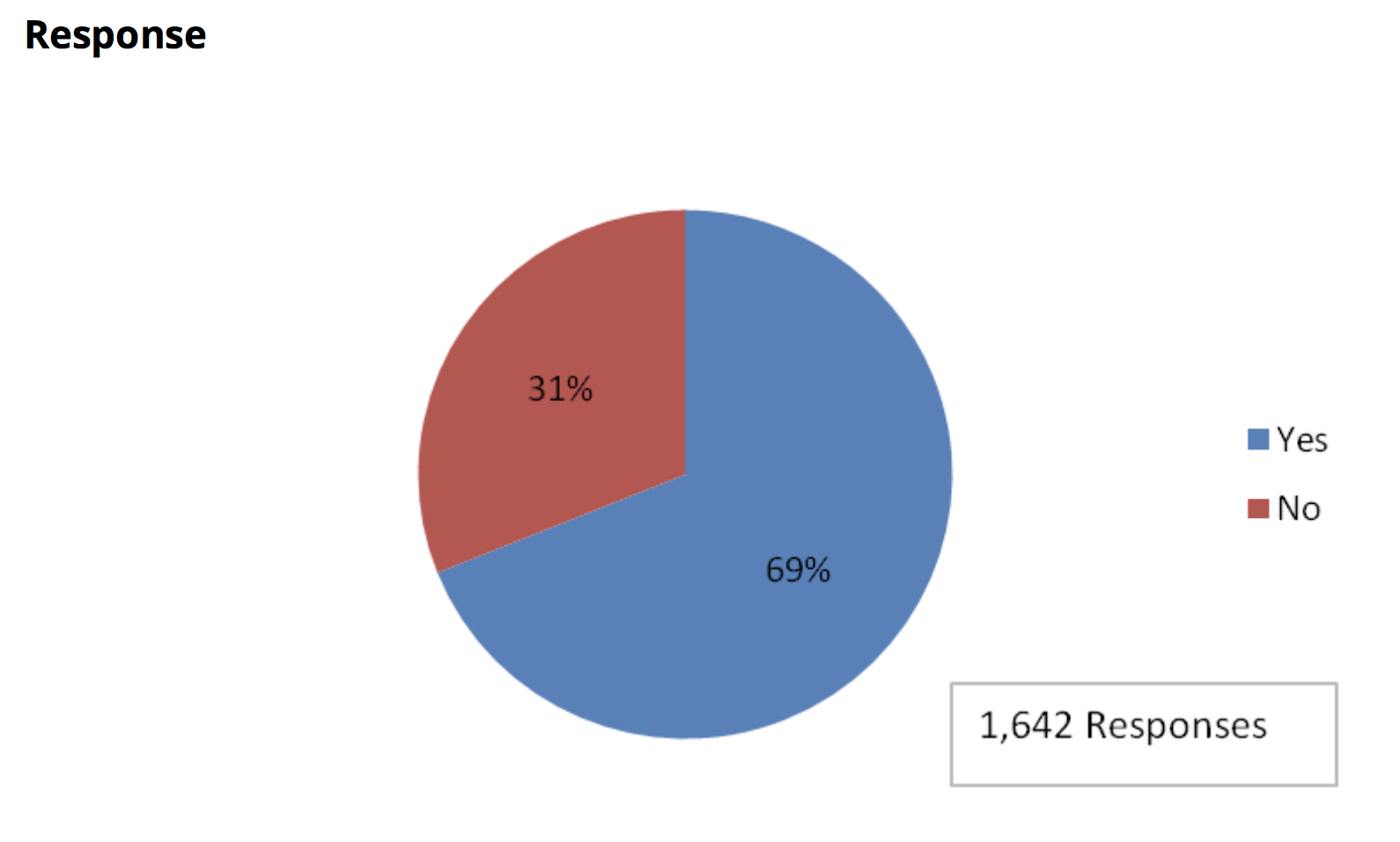 What this tells us: Most of you are willing to pay for Pi-hole.

Question 5) How should future development of Pi-hole be funded? (check all that apply) 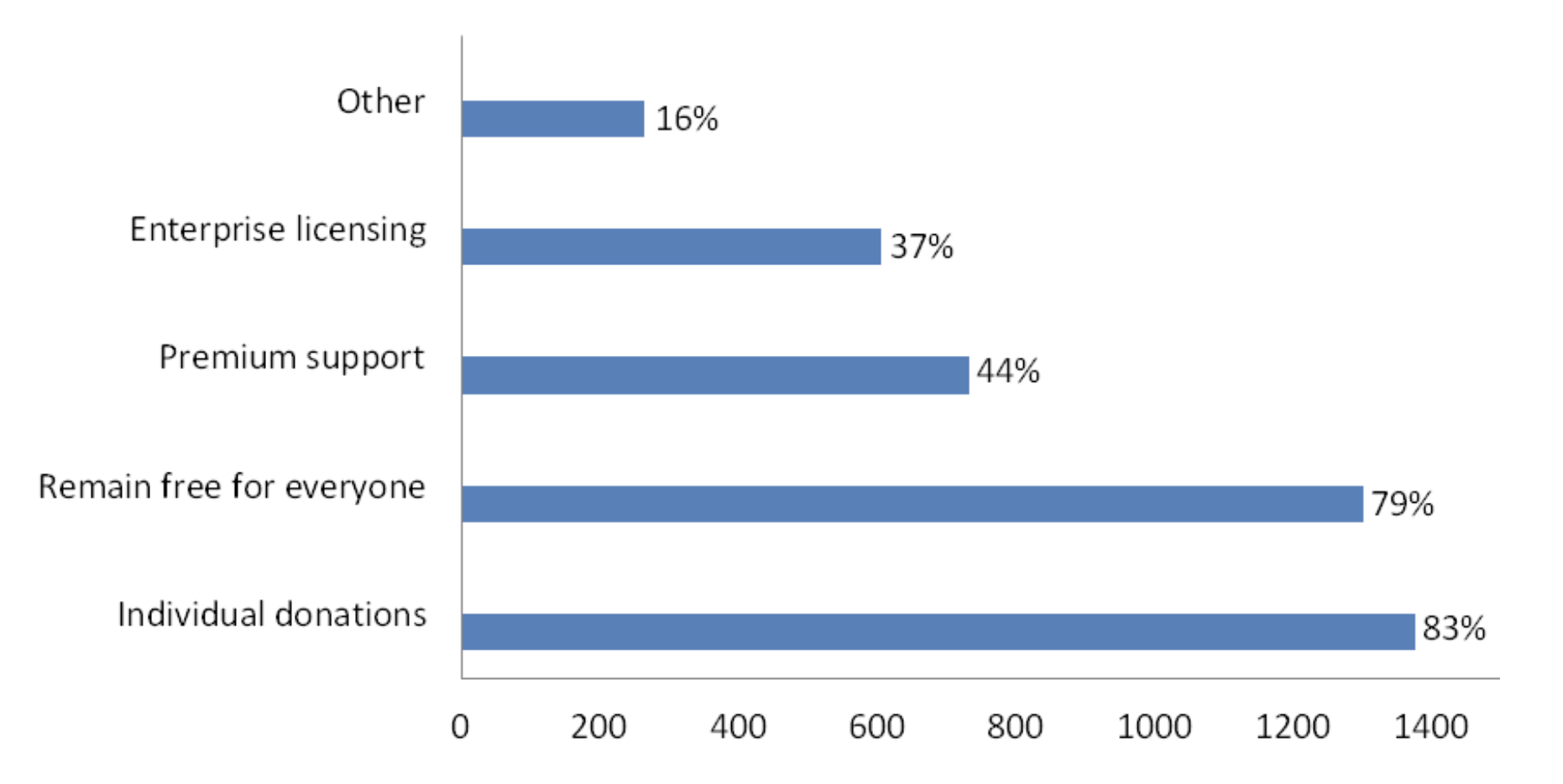 Users left 229 comments regarding how future development should be funded. The comments can be broken down into the following categories:

Question 6) Roughly how many employees currently work for your organization? 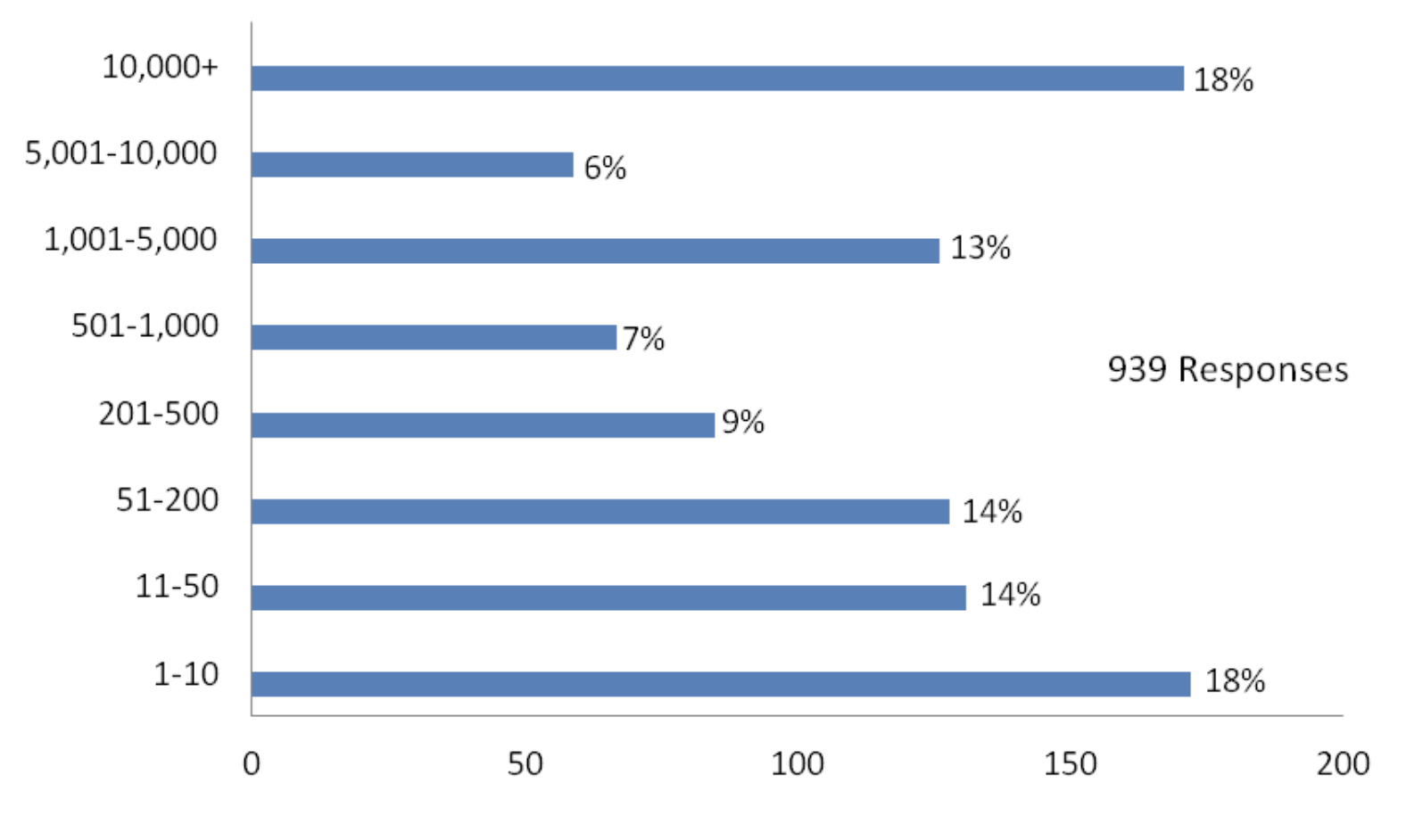 What this tells us: the size of companies you are involved with.

Question 7) Would you consider installing Pi-hole at your workplace? 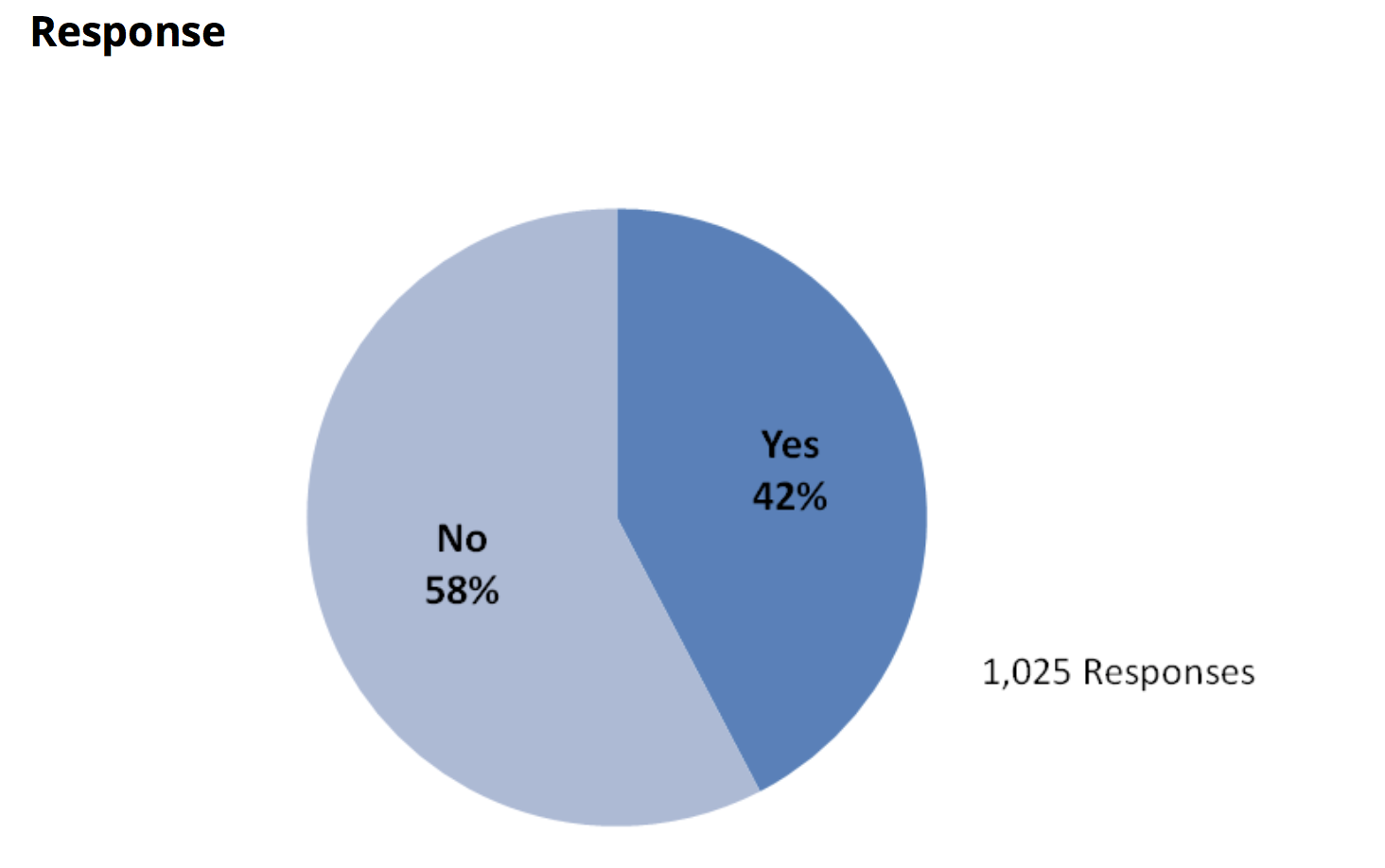 Additionally, 31 individuals identified themselves as not being the decision maker. Therefore, users considering installing Pi-hole in the workplace could be as low as 34%

Question 8) If you answered No to the previous question, why not? (check all that apply) 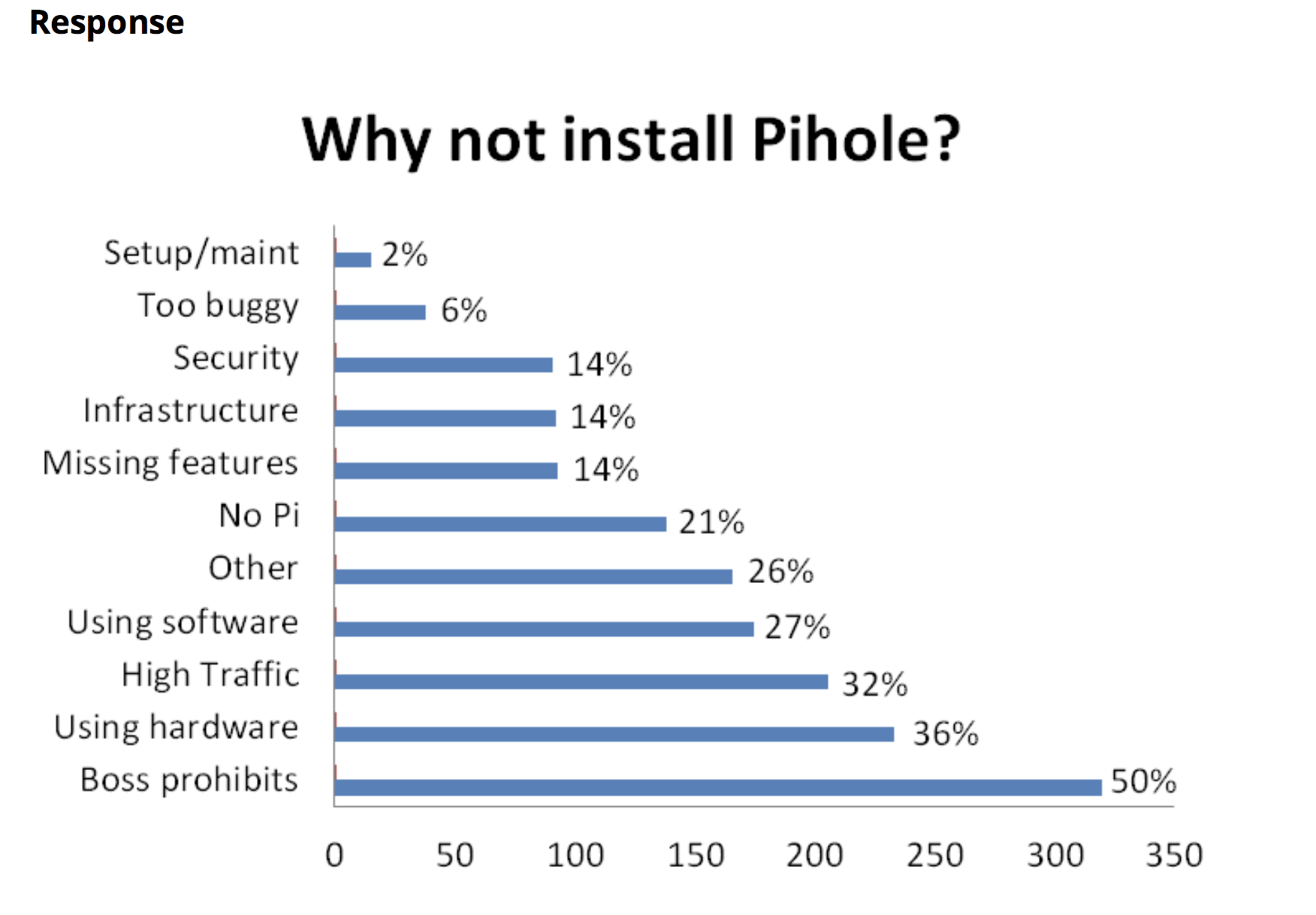 What this tells us: Comments left by users included several reasons that were available to select as a choice. Regardless, the following themes emerged:

Those 75 comments can be further broken down:

How much does it cost to run keep Pi-hole operational?

This screenshot gives a nice overview. Our expenses fluctuate month-to-month–most notably because of legal fees and whether or not our servers are paid for via our affiliate referrals, such as Digitial Ocean. Some months, our infrastructure has been free thanks to that.

Website expenses are anything from domain name renewals to server hosting.

We currently have 12 servers supporting our infrastructure:

We also build servers on a regular basis to test different systems.

Legal fees include business operations, such as the formation of Pi-hole LLC, as well as enforcing our trademarks, which has cropped up more often then we’d like. The bulk of office supplies were two desks and some monitors. Research and development is certain apps for testing, purchases of competitor’s products, etc.

On top of all that, there are self employment, income, and sales taxes we need to pay, as the LLC’s income is passed through to our member’s personal returns.

The Pi-hole development team is also the support team. Some of us spend 15-20 hours a week in the support forums answering questions. User support isn’t something we want to disregard because we believe our community is what makes Pi-hole special.

In addition to support, we have our infrastructure to maintain, general team chat, and actually writing code. Some of us are spending an additional 40-60 hours a week on this.

We don’t develop Pi-hole for the money or we wouldn’t have spent the last three years working on it. But as the project grows, it becomes more and more difficult to sustain if we’re not making a living off of it. That’s where you come in.

Pi-hole will remain free, but as you can see, we still have expenses. As we grow in popularity, our time to develop and support the product becomes more and more of a commodity. None of us are full time (although many of us put in just as many hours).

We’ve reached a point where it will be difficult to grow at the rate we need while only working part time. At least two of us are willing and able to go full time, but not without replacing our salaries from our current full time jobs. Salaries for two of us will be around $140,000-$160,000.

If this is a goal you’d like to see us reach, consider a donation below and we will apply your funds towards this endeavor.