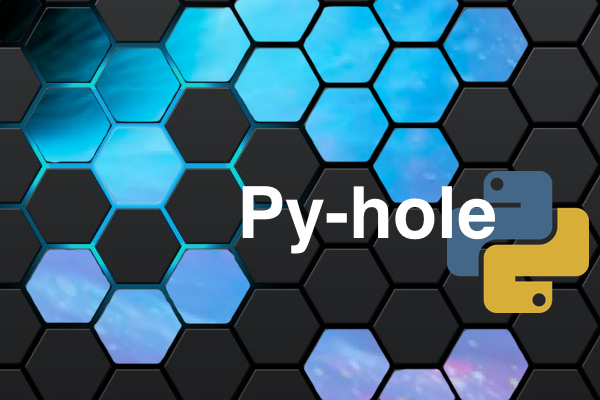 We are fast approaching the limitations of using bash to control Pi-hole, so we are going to try to re-code the project in Python.  As we have been discussing how to implement new features and fixes, we keep coming back to the need to revamp the code.  If it works, switching to Python will provide better maintainability and scalability.  It will also allow us to release new features and bug fixes much faster.

It’s probably going to be slow going (we’ve never been very fast to begin with!) as everyone on the Pi-hole/Py-hole dev team are all volunteers and part-timers.  If you like what we do, you can support us in a few different ways.

Also, to address the disparate documentation on Pi-hole (it became difficult to keep updated as Pi-hole began developing so quickly), I will slowly be releasing some videos to better explain how to install and configure your Pi-hole.  I need to clean up some of the old, outdated FAQs, too.

The first video on our channel is a simple one minute tutorial on how to install Pi-hole (don’t forget to block YouTube ads 😉).  There have been many users who have made their own how-to videos, but I figured we should probably have an “official” one.

The next video will be a more detailed one on how to set up a headless Pi-hole from scratch.  I’ll also make some videos for things like white/black-listing, customizing, among other things.